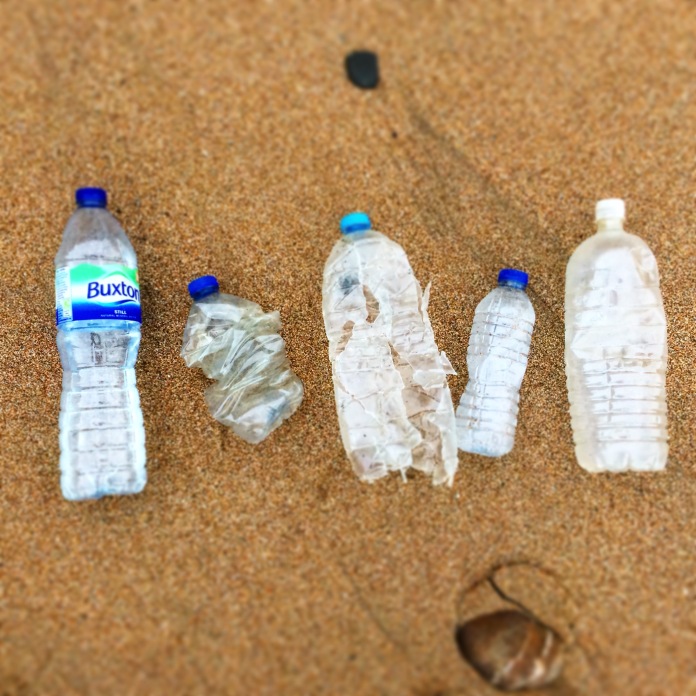 There has been a lot of megabytes devoted to the state of the oceans and the planet recently. Have you felt that too? We’ve heard that by 2050 there could be more plastic in the seas than fish. We’ve heard about orcas killed by plastics. In the latest article, I read today that plastic now pollutes every corner of the earth.

That’s our planet that is! And we are destroying it. The ocean, our playground, lifestyle, workplace and giver of life, is seriously suffering and, unless you choose to remain ignorant of its plight, you can’t say it’s not an issue any more. The problem is massive. We only recycle about 5% of the plastic we produce and a large proportion of it goes into the oceans. Boom! Goodbye planet earth.

However, while we are drowning in plastic, the internet is drowning in news stories and everyone’s indignantly pressing share and retweet and tutting about the state of things. Still nothing gets done. In the latest internet sensation Leo has made an impassioned speech about climate change and it’s ‘broken the internet’, for want of a better phrase. Good on him. I hope it makes our politicians and the naysayers wake up. But for now it’s getting lots of shares and retweets and likes and so far, nothing’s getting done.

And that’s my beef.  I want to know what we’re going to do about it. I don’t want to be faced with problems. I want solutions that I can manage and that will fit in with me. Is that too much to ask?

No matter how many times you like or share an article about the state of the world or a project to clean up our oceans, unless you actually invest cold hard cash or your personal time in the project, nothing changes. Liking an article improves its internet real estate value and raises awareness, sure, but nothing actually happens. All you do is contribute to it becoming an internet sensation. It’s the same if you share something or pin it on someone’s timeline. We all know a little more about it and get a little more scared, but nothing gets done.

Take the brilliant Seabin project, for example. I think this is a genius idea and it deserves our attention. So please, by all means go ahead and contribute to its crowdfunding campaign. But don’t think that it is the answer to all our problems and then carry on as normal. It’s designed for marinas and stillwater areas and it cannot clean up our oceans on its own, no matter how much we might want it to. It’s the same for Boyan Slat’s Ocean Cleanup campaign. It is fantastic that it’s being trialled and I hope it works, but the ocean is a big place and there is a lot of trash in it. (Also, if you read more articles, then you’ll hear that one the best ways to clear up our oceans is to work locally, at the coast. The gyres will spin and spit it out and, eventually, most of it will hit landfall, so they say.)

So to share the video and carry on with life as before isn’t the answer. That’s like smoking cigarettes and then pinning your hopes on a cure for cancer by putting a quid in the Cancer Research tin. Or pinning hopes on mankind populating Mars. Only a few would ever get there (if any at all). And you can bet your bottom dollar that it won’t be the likes of us. 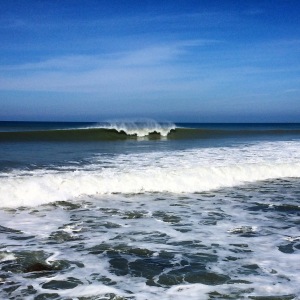 Clean waves? We’re going to have to work for it.

What’s the solution to this plastic problem then? There are many things that need to happen. We need tighter legislation. We need governments with balls enough to curb the excesses of the packaging industries and corporations (and it’s up to us to tell them or to stand for office if they don’t). We need more (ahem, all) companies, like Surfdome, to go plastic free (and we need to support them  in doing that). We need to demand that the food industry uses less plastic – and certainly put an end to using non -recyclable plastics – in our supermarkets. We need to vote with our feet and wallets by buying less plastic or by buying products that are plastic free or made from recyclables. And, finally, we need to roll up our sleeves and start picking it up.

That’s where the 2 Minute Beach Clean, Take 3 for the Sea and Litterati campaigns come in. The ideas are simple, and, with enough of us doing them, effective. You just pick up as part of your daily life. Each time you go to the beach, go for a surf, walk the dog or check the waves, if you see litter you pick it up. And the more of us do it, every beach, every time, the more will get done. It relies on all of us playing their part for it to be successful. On your own your contribution can only ever be miniscule, but it’s the numbers and regularity that matter (even though every piece that is removed from the marine environment matters).  If we all do it then things can start to mount up.

Let’s get hypothetical and take a typical summer’s day on a typical beach in the south west of France. It’s 3 feet and clean and everyone’s having a hoot. How many people in the water? Spread over 5 peaks up and down a stretch of beach, there could be 100 surfers in the water at any one time. If each and every one of those surfers took just 5 bottles off the beach, that adds up to 500 each surf. If they surf twice it’s 1000. If they surf twice every day for their two week holiday, that’s 14,000. If they surf once every other day for a whole year that’s 912,500 plastic bottles removed from the beach. 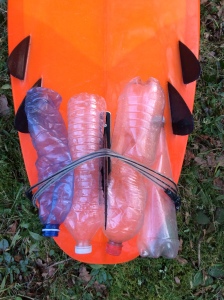 How hard is it to pick up a few bottles?

What if it was 10,000 surfers tucking just 5 bottles under their leashes each time they surf, for a year? If the average surfer gets in the water twice a week, that’s 104 surf sessions and 520 bottles a year. Times that by 10,000 and you get 5.2 million bottles removed from the marine environment each year. And if each bottle weighs 12 grams, that’s 62 tonnes of plastic removed from the marine environment. And no one has had to break a sweat to do it.

Of course this isn’t enough alone. We still need to clean up our act and refuse plastics in our daily lives. We need to ask ourselves why these bottles are on the beach in the first place. We need to stop it at source by quitting the single use coffee cups with the plastic lids and take our own reusable mugs. We need to refill our water bottles instead of buying single use bottles. We need to stop buying (and disposing of) so much crap.

However, the point is also that we can’t rely on one thing alone. We can’t pin our hopes on an internet sensation and then carry on with business as usual. We’re all in this together, no one’s getting off this planet, whatever you might think, and for as long as we want a healthy ocean to play in, we’re all going to have to roll up our sleeves and get stuck in.

And the truth of it is that it isn’t that hard. 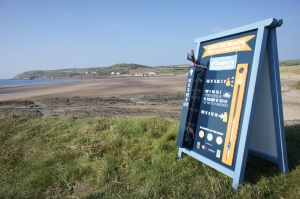 2 Minutes? It’s nothing. And yet it could be everything.